These drawings are a prelude to work based on the Greek story of Oedipus, King of Thebes.  In Greek, Oedipus means ‘swollen foot.’ Oedipus was born to King Laius and Queen Jocasta of Thebes.  The Oracle of Apollo at Delphi prophesied that any son born to Laius would kill him. In an attempt to thwart the fulfillment of the prophecy, Laius sent the infant child away with a shepherd, who brought him to a far mountain top, where he staked the child’s foot to the ground so that he would not follow the shepherd back to Thebes.  Another shepherd took mercy on the child and brought him to his own city, Corinth, where the childless King Polybous and Queen Merope adopted him as their own. But the injury to his foot that Oedipus suffered on the mountain top would permanently endow him with a limp and swollen foot.


The shoes in these drawings are based on work boots I wore as a house painter, while in graduate art school in the early ‘90s, to finance my education and the paints and supplies I bought to make art. The boots are laden with the dirt, scuff marks and errant paint splatters of years of manual labor.  They are also laden, or “swollen”, with personal history, nostalgia, and a fetishistic investment in their beauty and significance that far outweighs in value whatever purely useful purpose they served to protect my feet. Drawing the boots in delicate detail--with finely rendered tones and textures that belabor their leathery, misshapen wear and mottled surfaces--fixates on the history they have accumulated and continue to create, well beyond their intended use, turning practical objects of manual labor into symbolic objects of artistic and intellectual labor.


The story of Oedipus is the story of humanity’s struggle with fate, our struggle for freedom and self-determination, and the disastrous results of our hubris to outwit history.  As an adult, trying to escape the prophecy himself, believing Polybous and Merope are his birth parents, Oedipus flees Corinth. On the road to Thebes he unwittingly kills his real father in a deadly encounter with an ostensible stranger, King Laius. These are also Oedipus’ boots, dirty and worn from laborious foot travel, and splattered with the blood of his father. 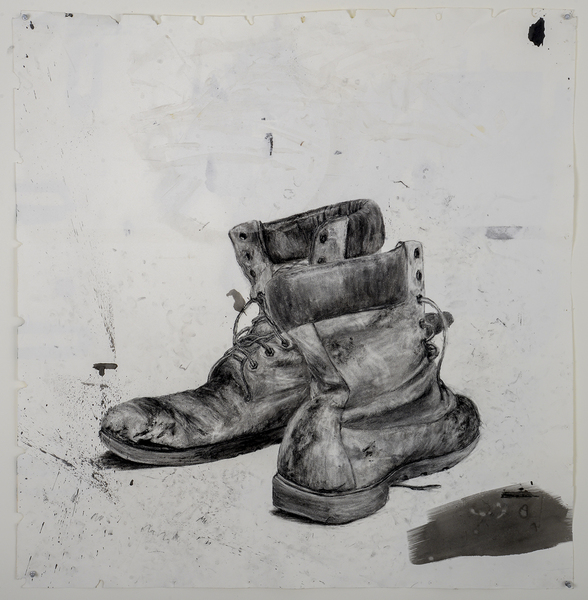 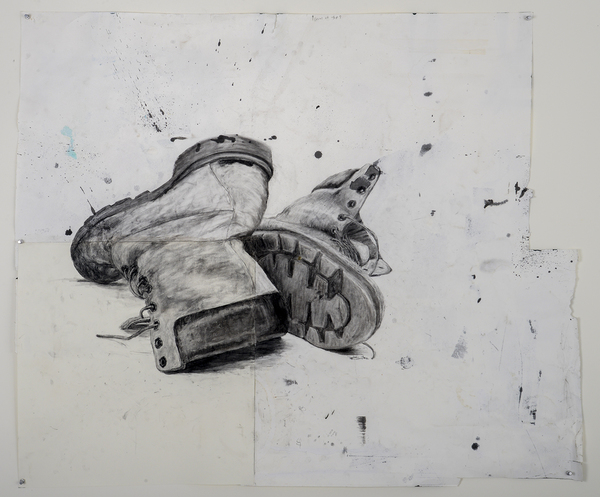 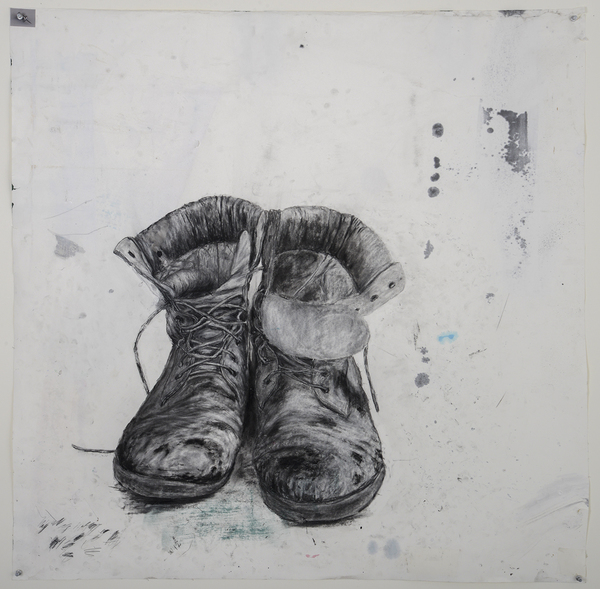 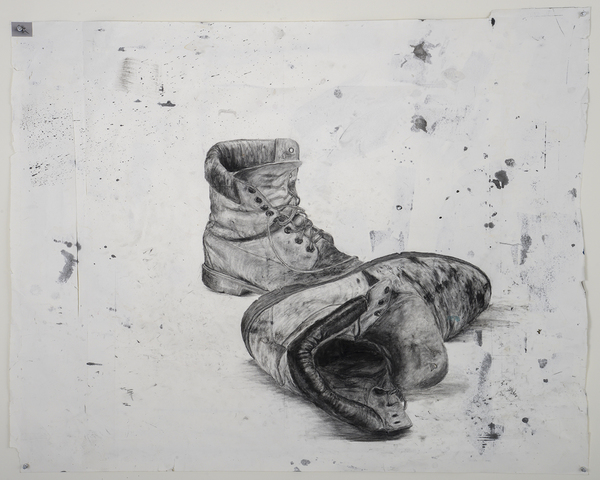